Microsoft Atlanta is a new cloud-based SQL Server monitoring tool.  Companies can deploy an agent on their SQL Server 2008 and 2008 R2 instances, and the agent will communicate up to Microsoft’s servers in the cloud (through a secure gateway also installed inside the company’s network.)  Microsoft aggregates the data, analyzes it looking for problems, and displays it back to IT users like database administrators through a web-based dashboard.

I’m not bashful about cheerleading for Microsoft products that rock, but I’m not feeling this one quite yet.  Here’s the issues I’m concerned about: 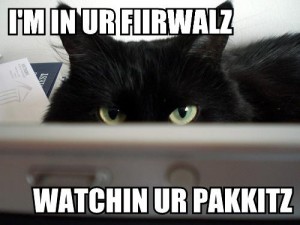 It sends diagnostic data to the cloud. Some of my clients can’t let their own developers get access to queries running on the production server, let alone send them offsite to servers that could be in any geographic location.  In larger enterprises, privacy and compliance regulations fiercely guard where data can go.  Atlanta could be sending your usernames, application names, and queries to the cloud – and don’t forget that queries can include things like customer names, personally identifying numbers like SSNs, or even credit cards.

It’s not real-time. When a user calls saying their query just timed out or produced an error, I need to see what’s happening on my servers right now.  I don’t want to use one tool to troubleshoot what happened 90 seconds ago versus what’s happening now.  I need live data, and I can’t wait for round trips to the cloud.

It feels like it’s targeted at small businesses that can’t afford a monitoring infrastructure or an in-house database administrator.  They’ve got just one or two SQL Servers, and if they added a monitoring tool in-house, they would have to put it on the same SQL Servers they’re monitoring – thereby introducing a nasty little point of failure.  Even if they added another SQL Server, they wouldn’t know how to read the results of most monitoring tools, and they see Microsoft Atlanta as the Easy Button.  For these users, it seems to make sense at first glance, except there’s one little problem.

Small businesses with no SQL Server staff in-house will rarely find out that this product exists.

You know what I think?  (Of course you do, because you read my blog, and you’re inside my head.)  I think Microsoft should bundle Atlanta with every SQL Server as an option during the installation.  Currently, the installation process asks if we’d like to send feature usage data back to Microsoft, and I get the feeling there’s a dashboard somewhere in Building 35 that proves only 14 people in the world have ever used Service Broker.  That’s a good start, but let’s kick it up to the next level and ask if users want to get performance recommendations sent to them weekly, and enter an email address right then and there to subscribe to the alerts. SAP does something like this by running weekly tests on their databases at each client automatically, phoning those results home, and then sending the users a warning when something has gone awry in their environment. 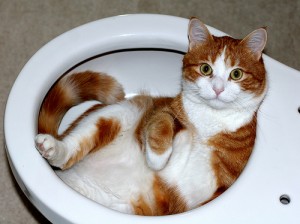 I found ur performanz. Iz in the toilet.

It shouldn’t be an extra-pay feature – and I’m not saying that because I think we’re entitled to it.  I just think very, very few people will pay extra for this as an add-on service, but it could be a really neat feature to entice businesses to upgrade to the latest versions of SQL Server.  As a DBA, I’d love to forward my boss the weekly Microsoft email alerts:

Update: the product was discontinued.