I use a Macbook Pro with VMware Fusion, which lets me run a bunch of virtual Windows machines for testing. I upgraded my internal drive to a quick 320gb one a few weeks ago, intending to run all my VMs off that internal drive, making it easier to do testing on airplanes or in coffee shops. Problem is, one of the things I test is Quest LiteSpeed, database backup software that does a lot of disk I/O, and during heavy backup/restore testing, I couldn’t do much multitasking because the internal laptop drive was being hit so hard.

I figure it’s a matter of time before I put a second hard drive in the Macbook Pro, but for now, I’ll stick with external drives.

I’ve got a bunch of USB drives, so I did some comparisons to see which ones got the fastest storage performance inside VMware. I wanted to find out how much performance I’d really gain by switching to an external drive, and did it make a difference whether I used FireWire or USB. 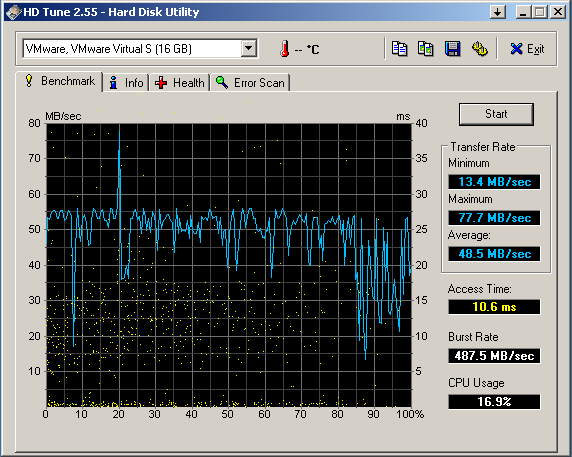 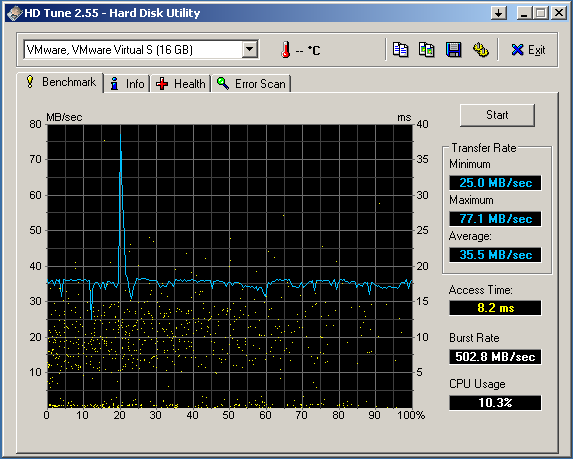 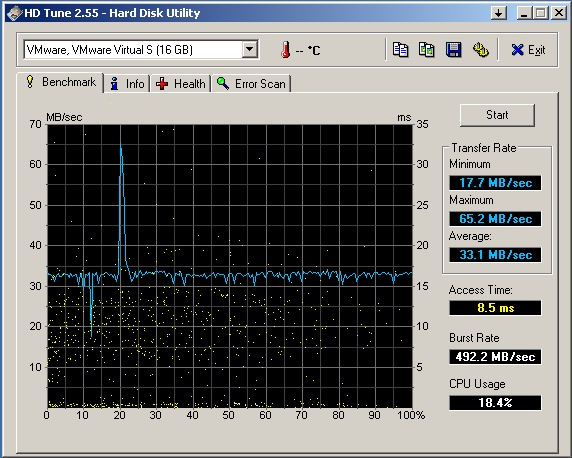 Not much difference in speed between FireWire and USB as far as speed goes, but the USB connection used almost double the CPU power. 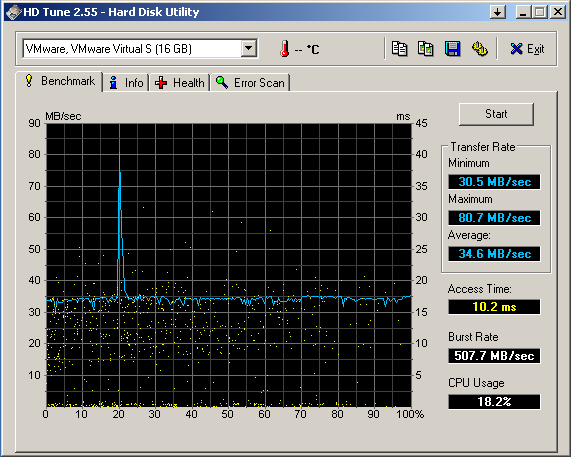 I’ve also got an external SATA RAID enclosure that does mirroring & striping, and I’ll test that later just out of curiosity, but there’s no way I’d put my virtual machines on there because it weighs more than my laptop and it makes a loud racket.

These results are not scientific – I just did one pass of testing on each drive. Your mileage may vary. Offer not valid in all fifty states. No purchase required to win. See participating locations for details.

My verdict: I’ll put the virtual machines on the 2.5″ external enclosure.  It’s tiny, doesn’t require external power, and it won’t be as fast as the internal drive – but at least it’ll let me multitask.