Consulting Lines: “Sounds like you’ve got it all under control.”

For us geeks, the hardest part about consulting isn’t the technology.  Technology’s easy.  I know when I poke SQL Server a certain way, it’s going to respond a certain way.  That part of consulting is predictable and reliable. 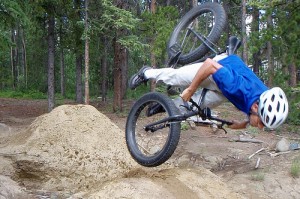 The hardest part is the people.

I’ve been consulting part time for years, and the last six months of full-time consulting has been a real eye-opener.  Thanks to other consultants and writers, I’ve been able to accumulate a little treasure trove of ways to poke people the same way I poke technology and achieve predictable results.  I’ve been sharing my Consulting Lines series with you, fellow geek, so you can help manage your end users and managers.

The Situation: Experienced and Frustrated Client

This particular situation usually pops up in groups.  Our players are:

Me: “Based on everything I’ve seen so far, it looks like the flux capacitor needs to be rotated to the right.  That’ll get us the extra power we need to reach 88 miles per hour under load.”

The Techie: “That’s impossible.  You should never rotate the flux capacitator to the right.  It leads to burned-out muffler bearings.”

Me: “Normally that’s true, but in this particular case – ”

The Techie: “No, you just can’t do that.  I’ve read it in all the books, and I sat in Marty’s session last year when he said rotating the flux capacitor to the right is one of the most common mistakes.  It just won’t work.  Clearly, the problem is our impeller.”

Me: “So it sounds like you’ve got it under control then.” 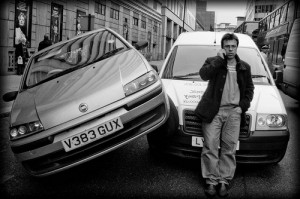 The Techie is trying to corner me into his version of the problem.  He’s come to a conclusion that I don’t agree with, and this line is my way of refocusing the conversation back on him.  If he knows what the problem is, and he knows how to fix it, now is his chance to deliver.

Except, of course, that he can’t.

If his answer was right, he would have tried it already, and his manager wouldn’t have brought me in.  There’s two ways the conversation can go next, but either way, it’s absolutely imperative that you handle the situation with grace.  The Techie really believes in his skills, and you don’t want to pull his pants down in front of his manager.  Any consultant can get one gig – to be successful, you have to be invited back, and that’s not gonna happen if the client staff are all walking around with red behinds because you spanked ’em so hard.

Me: “Yeah, been there.  Do you have any other ideas or options?”

The Techie: “No, everything I try isn’t working.”

Me: “Let’s try rotating the flux capacitor.  If it doesn’t work right away, you can put it back.  If it explodes, hey, now’s your chance to blame the stupid consultant and look like a hero, right?”

You have to smile really big when you say that, and you have to actually be willing to put your reputation on the line with The Manager.  At this point, The Techie has admitted out loud that he’s out of options, but you haven’t shoehorned him into saying he’s wrong.  You’re just presenting it as an option, and you’re only presenting it because they don’t have the situation under control.  Unfortunately, it doesn’t always go this easily….

If it turns confrontational, 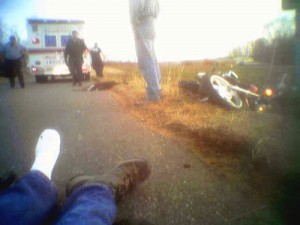 The Techie: “So you agree with me that the problem is the impeller?”

Me: “Hmmm, well, that hasn’t been my experience, but you know how that goes – the answer to any SQL Server question is that it depends.  If replacing the impeller fixes the problem here, that’s great.”

The Technie: “So you’ll replace the impeller for us?”

Me: “Me? Well, I can, but I wouldn’t do it under these situations.  Besides, I bet you know how to replace the impeller, right?  The Manager would probably rather have you replace the impeller than me, since I’m more expensive than one of Charlie Sheen’s dates.  If that doesn’t work, let me know, but otherwise, it sounds like you’ve got it under control.”

Keep dancing away from the gun with that same line, and force The Techie to take his own shots.  If The Techie absolutely demands that a certain change be made, he needs to be the one pulling the trigger.  Whether you’re a consultant or an in-house employee, never do something you don’t believe in.  If someone else believes in the change, they need to make it.