I’m getting a Macbook Pro! 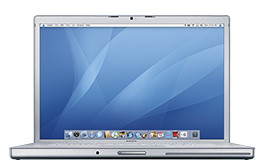 My boss knows about my lust after the grooviness known as the Apple Macbook Pro, and he just scored me the coolest project. I get to be the pilot guy for supporting Macs internally. I’m way psyched.

Now for the wild part – figuring out how to do my work on it. I’m a SQL Server database administrator, and I already know the Microsoft SQL Management Studio doesn’t work on Macs, but I’ll be using Parallels Desktop to run that. Beyond that one application, though, I’d rather get everything running natively on Mac OSX wherever possible – after all, that’s the entire point of supporting Macs internally. If the user’s just running Windows apps, then there’s no support difference.

And besides, Mac-native stuff would just be cooler, muhahaha.