Lusting after the new Apple Macbook 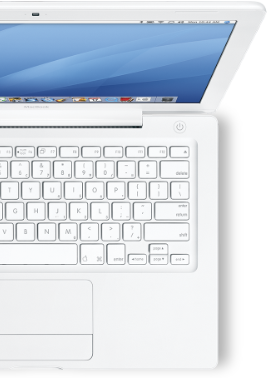 Oh yeah, I gotta have me one of these.

Here’s the deal: as of about a year ago, Apple started moving their entire lineup over to Intel processors instead of Motorola ones, which means Apple computers can run Windows. During the boot process, the user can pick which operating system they’d like to run – Apple OSX or Windows. That’s great for those of us who still have to use Microsoft programs at work, like me. I make my living working with Microsoft SQL Server, and I can’t imagine trying to administer a database without the new SQL Server Management Studio. It doesn’t run run on Macs, doesn’t run on Linux, etc – ya gotta run Windows.

So now, I could either boot into Windows, or I could use Parallels, a slick piece of VMware-like software that lets you run Windows inside a Mac.

This was all good, but until last week, the only Intel-based Mac laptop was $2k – a little too pricey for me. Now there’s the new $1100 MacBook, and that’s a heck of a cheap price point. They make a black model for $1500, but I’d rather have the white one, actually.

The only question now: how can I get work to pay for it? Heh….alright, who in the company needs a new (used) Dell D810 laptop?