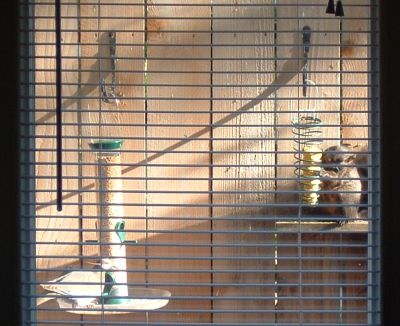 So I’m several days into working on my VPN connection, and I just flat out gave up last night. I’m doign my work inside a VMware window, which lets me run Windows XP inside of Linux. I have my easy VPN connection in the Windows session – it takes just a few mouse clicks to set up – and I can take my time getting things like VPN and multiple displays running under Linux.

The most frustrating part is the finger-pointing: when you ask for help, it’s like talking to a level 1 tech support person at AOL. People seem to actively look for reasons why your stuff would’t work. I started with a $200 NVidia dual head video card I already owned, but several distros crashed during installation, and people kept telling me how bad NVidia drivers were, so I figured I should replace it. I asked around, nobody had any serious opinions but people agreed that a single dual head card is more stable than a pair of cards, so I grabbed a $100 ATI dual-head card. All of the distros successfully detected it, but none activated the second head. So I manually shuffle around through text files making manual changes per various faqs, since there’s no one definitive correct faq. The closest I came was a Xinerama howto, and it got me close enough to activate the second display, but it’s just a simple clone of the first one. The howto doesn’t mention anything about cloning versus spanning.

This will be the fourth trip I’ve made to Fry’s trying to get a working machine for Linux. Every time, people say my hardware is the problem, or I’m using the wrong distro, or I must be dumb. Or maybe it’s all three. Who knows. Who cares. I’ve got birds and squirrels.