Consulting Line: “What problem are we trying to solve?”

The problem with being a Microsoft Certified Master is that people come running up with Master-level questions.  I field a lot of very advanced questions completely out of the blue, and I can’t help but raise an eyebrow.

Deckard: “After answering forty-two questions from the Voight-Kampff test, what’s the pupil size of a Nexus-6 replicant?”

Deckard: “It doesn’t matter.  After I’ve read the first forty-two emotional response questions to a version 6 skin-job, how much do their pupils dilate?”

Me: “Hmm, that’s an interesting question.  Aren’t we supposed to know after the first twenty or thirty questions if they’re a replicant?”

Deckard: “Yeah, but just give me the answer.” 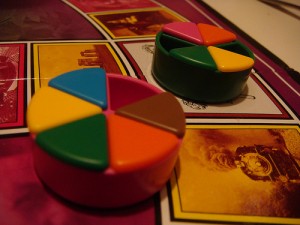 Still trying to get my CLR pie piece

Me: “Well, let’s take a step back.  What problem are we trying to solve?”

As much as I love Trivial Pursuit, my real job is to solve problems.  Before I give answers to obscure questions, I want to tease out the real business problem.  It’s not that I don’t trust the questioner – it’s that I don’t trust anybody, period.  When us meatbags are troubleshooting a problem, we tend to go chasing shiny objects that look like they might be related.  By the time we’ve followed the shiny object into the Bradbury Building, we’ve forgotten what we were trying to fix in the first place.

Asking this question forces the questioner to take a step back, give me the backstory, and voice their own reasons for getting to that point of troubleshooting.  Sometimes my job is just to keep saying, “Hmmm, tell me more about that,” and people will talk themselves through their own solution.  They’ll understand, just by talking, that they’ve gone down the wrong path, or that they’ve ignored vital clues on their way to a solution.

If I simply said, “You’re asking the wrong question,” I would be setting up a confrontation.  The questioner’s already frustrated, and a confrontation won’t solve their problem.  I’ll look like just another one of those guys who are telling ’em they’re wrong, and from that point forward, they’ll disregard everything I say.

Sometimes, there really isn’t a problem at all: the questioner might just be playing Trivial Pursuit, wanting help to settle a bar bet between geeks.  The clue here is that the questioners walk up in pairs with smiles on their faces – much different than the typical questioner in this situation.

When you’re dealing with someone who’s really amped up and insistent that they know what they’re doing, things can get ugly, and they always use exactly the same response: 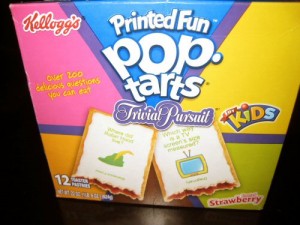 How I studied for the MCM

Deckard: “I don’t have the time to explain!  Just give me the answer.”

This is where you have to make a snap judgment.

If you give them the answer, they’re going to walk away and go right back down their (likely incorrect) path of troubleshooting.  They might thank you – although these kinds of people usually don’t – and they’ll remember you as a person with The Right Answer.  Their server won’t get any healthier, their manager won’t be happy, and even worse, they may name-drop you.  “Well, Brent Ozar said the right answer was ___” – even when that’s not what I said at all.

If you don’t give them the answer, they’re going to be pissed initially.  I try to disarm ’em with humor.

Me: (deep breath and a smile) “Do you still beat your wife?”

Me: “I know, right?  Here’s my card.  Email me, and let’s set up a call tomorrow.  We’ll work together for one hour tomorrow, completely for free, and you can bring me up to speed about the problem.  Then I’ll be able to give you the right fix for your pain points.”

Either they get it or they don’t – and sadly, there’s a certain part of the IT population that doesn’t ever get it.  They’re the angry, fist-shaking people who kick servers and dogs, all the while believing that the system is broken.  Thankfully, they’re in the minority.

Deckard: “I’ve been questioning someone who just isn’t responding the way I’d think. I’m convinced she’s a replicant because she has strange memories of her childhood, but her pupils still aren’t dilating after over 40 Voight-Kampff questions.”

Me: “It’s only supposed to take 20-30 questions to get pupil dilation, so we’ve got a few possibilities here. Maybe her V-K results are skewed because you’re displaying stress when you interview her, or maybe she’s a Nexus-7, or – ”

Me: “Well, I’m bound by some NDAs, so I can’t talk about future versions, but let’s talk theoretically here for a moment. Tyrell Corporation has to keep building new versions of replicants if they’re going to stay in business, right? And they have a financial incentive to make harder-to-detect replicants. What if the next version didn’t suffer from the pupil dilation problem?” 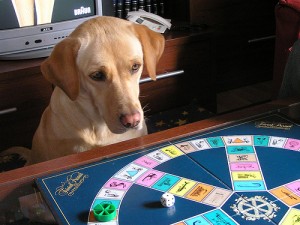 But he still beats me every time.

Deckard: “Is that true?”

Me: “I dunno, but let’s go back to your question. Let’s reword it as, ‘The Voight-Kampff test indicates that my subject isn’t a replicant, but I need another test too. What’s an alternate test?'”

Me: “Of course I am. I wrote this exchange in a blog post. I craft my own reality here.”