Consulting Lines: “Would you mind driving?”

We nicknamed one of our favorite project managers “The Bus Driver.”  She didn’t throw people under the bus herself, but she ran over many a reputation.  If you didn’t know what you were doing, you didn’t want to be anywhere near her bus route, because she wasn’t hitting the brakes on her project for any reason whatsoever.  I loved her to death because she was predictable, and I knew what I was doing. 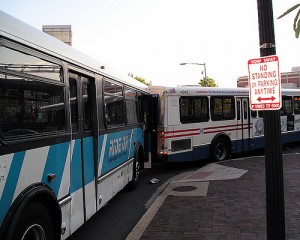 If somebody I didn’t like wanted to implement a bad database solution on one of The Bus Driver’s projects, I was more than happy to hand them a set of car keys and point them toward her bus route. This week in my Consulting Lines series, I’m sharing that technique.

I’m blessed to be at a point in my life where people don’t usually stand over my shoulder and bark orders, but every now and then, it still happens.  It happened a whole lot more when I was a production DBA, though, and one technique has served me well through the years.

Sometimes people read a magazine article or a blog post about something, and they bring it up as an absolute authority – even though they’ve never actually done it themselves.  In the midst of a heated discussion about a problem, they’ll whip out the buzzword and expect you to make the magic happen.  This doesn’t just happen with managers, either – I’ve had developers throw SQL Server features at me as if they’re as easy as flipping a switch, and expect me to implement crazy things instantly.

Me: “We can’t get security auditing working on the new cluster.  I’ve tried every trick I know, and I’m fresh out.”

Them: “All you have to do is implement Gatekeeper.”

Me: “Gatekeeper never works right on clusters.  It crashes whenever there’s a node failover.” 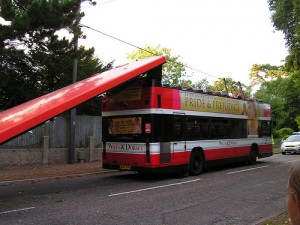 Did you hear something?

Them: “It works fine – you just have to close the back door.  Angela Bennett blogs about it all the time.”

Like the first line in my Consulting Lines series, this line focuses attention back on the person asking for the work.  It doesn’t directly say they don’t know what they’re talking about, but at the same time, it puts the onus on them to deliver the goods.  This line isn’t just about taking their word for the solution – it’s about them doing the work.  If they believe so much in that solution, then they should be able to perform it themselves.

One warning about this line: it works best when delivered in front of a group with everybody’s manager listening in (or The Bus Driver.)  If you let someone else drive, implement a change, and then it doesn’t work, you’re the one who’s responsible.  You have to make sure everybody in your group understands that the other guy’s in charge of what’s about to happen – be it a good result or a bad result.  Don’t deliver this line as if you’re about to throw somebody under the bus, but rather deliver it in the style of a student who’s eager to learn.  (You *are* eager to learn, aren’t you?)

This line keeps me humble because the other person might indeed know what they’re talking about.  In consulting, I’m forced to constantly work with complete strangers, and I have no idea what their real skill level is.  I’m really bad at judging people, so I try to give everybody the maximum credit until proven otherwise.  I might think there’s no way to get Gatekeeper working, but maybe – just maybe – I’m wrong and they’re right.  This line finds out the real answer. 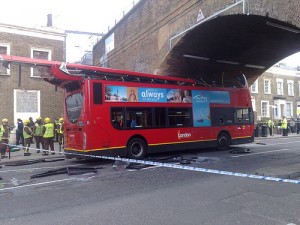 Back up and try it again.

Career-limiting versions of this line include:

Me: “It sounds like you’re on to something, and that you’ve done it before.  Would you mind driving the keyboard and mouse, and I’ll watch?  I could really stand to learn how that works.”

Them: “Uh, I’ve never done it.  I’ve just read blogs about it.  I wouldn’t really be comfortable driving.”

And then shut up.  Don’t rub it in, just identify yourself with the other guy and put yourself on his team.  He can’t fight as easily when you put yourself on his level.  If you’re delivering this line in front of a group, now’s the chance for the manager to step in and bring things back to your original question. 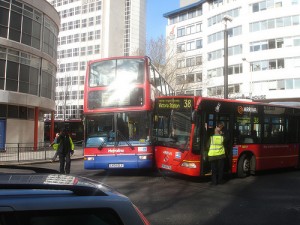 We need to work on our conflict resolution.

This line can produce some explosive results, but in the right scenario, that’s actually a good thing.  If the other guy reacts in an angry, confrontational way, channel your inner Columbo.  The other guy believes they know more than you do, and you want to paint them as the solution, not the problem.

Me: “<sigh> Yeah, and I’ve tried that several times and I just can’t make it work.  I know you’ve gotta be really busy, but I could really use your help here.  Do you have any friends we can bring in who’ve done this?”

Me: “Yeah, I’m really active in the local user group, and I’ve pinged my friends who do this stuff, and they all said the same thing – Gatekeeper is a mess on clusters.  If you can make it work, it’d save us from calling in a consultant.”

Turn to the manager and shrug.  At this point, we’ve established that:

Ideally, the manager will challenge The Other Guy on his solution, and The Other Guy will back out somehow.  (Hey, he could have backed out easier earlier, but that’s his problem.)  Then you’ll get the help you want.

Oh, And About The Bus Driver

After working with The Bus Driver on a couple of projects, she figured out my trick.  She’d seen me graciously give the car keys to drunken idiots, and to geniuses.  She knew I recognized the limits of my own skills, and that I wasn’t necessarily the best judge of who should be driving.  She, on the other hand, had fantastic judgment skills about who was bluffing and who was good, so she started participating in my little trick.