“What Were We Thinking?” Enter the Brent Ozar PLF Photo Contest

Before we set sail on SQLCruise Alaska our good friend Crys Manson ( b | t ) captured a few moments of Brent Ozar PLF together in action in Seattle.

It was a normal enough afternoon for the team– there was a lot of jumping, some surfing on traffic cones, and we almost crashed a wedding by accident. But looking at the pictures, we found one moment that’s hard to explain.

Tell Us What We Were Thinking

To enter the contest, leave a comment on this blog post before 12 pm Eastern (that’s high noon) on Monday, July 11.

Your comment must list what Jeremiah, Brent, Tim, and Kendra were each thinking in the photo below. Pro tip: the captions all need to fit in the picture, so shorter captions may be more likely to win!

The fine print: Contest limited to US and Canada residents only because international shipping is such a pain in the PLF.  If you’re abroad, you can still enter, but you won’t get the prize – we’ll designate an honorary US/Canada winner on your behalf.

We’ll immortalize the winning entry’s genius in a version of the picture which will appear in the post announcing the winner, and we may feature your thoughts in our presentation slide decks. Great fame could be yours.

But there’s more than fame: there’s fortune! We’re giving away a Brent Ozar PLF book pack– it’s a mix of books we love to read and books we loved to write: 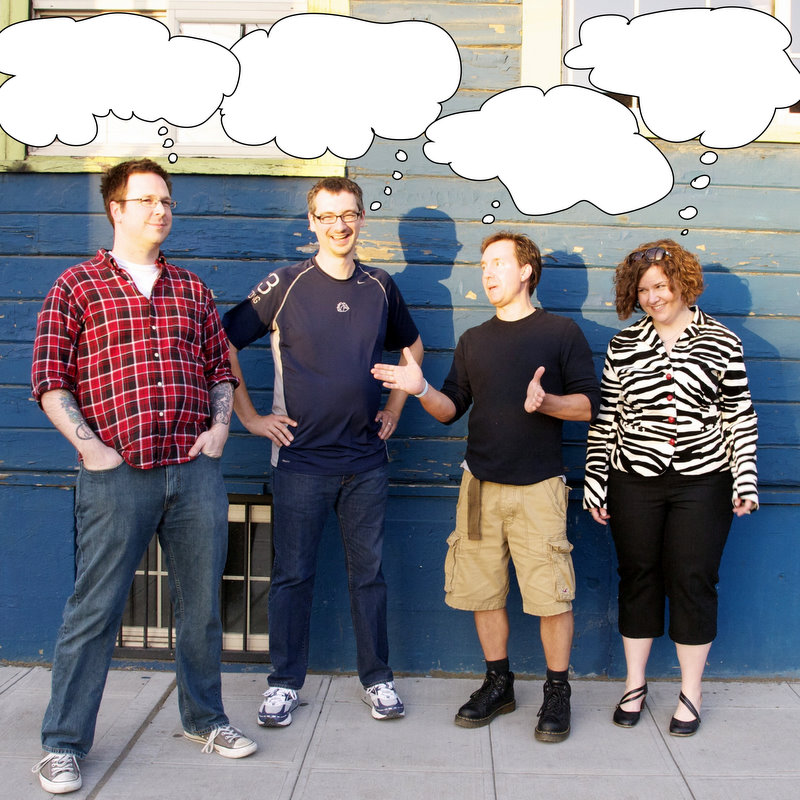 Left to right you see Jeremiah, Brent, Tim and Kendra. We have something on our minds... but what is it?

Here’s an example from Thomas Duclos of Pragmatic Works for inspiration: 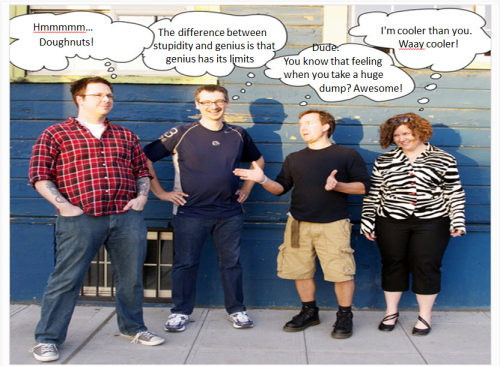 A Drumroll Please… We Have a Winner!

Our winner is James Serra, who truly knew what we were thinking. Take a look: 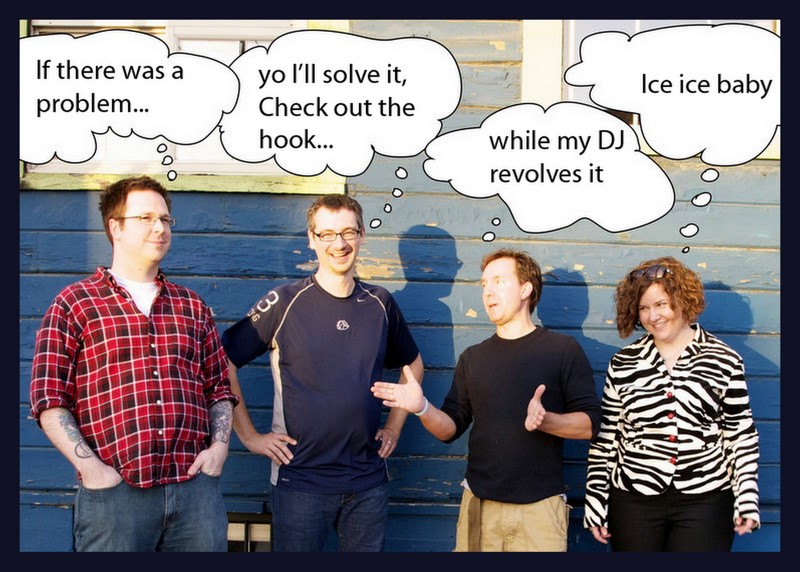 James Serra -- how DID he know what we were thinking?

A trove of treasures is on its way to James. When reporters asked James for comment on his big win, he responded:

I would like to thank the developers of SQL Server Denali, who kept me up until 3am using the new version, which inspired a moment of creativity of what to write in the captions while I was dosing off at the keyboard. Also, Brent was my inspiration for starting my blog at JamesSerra.com.  And he was my inspiration for the way I dress, but I won’t go there.

Thanks, James, and thanks also for not going there. Really.

For those of you who know James, be careful: he probably knows what you’re thinking, too.

Thanks everyone for your entries!

Kendra Little
My goal is for you to understand your SQL Server’s behavior– and learn how to change it. When I’m not figuring out the solutions to your database problems, you’ll find me at user group meetings in Portland, Oregon. I also love to draw.
Previous Post
Your Job Isn’t To Make Your Boss Happy
Next Post
The $1,000/Hour Consultants