I just fell in love.

Here’s what my laptop screen shows while I’m presenting: 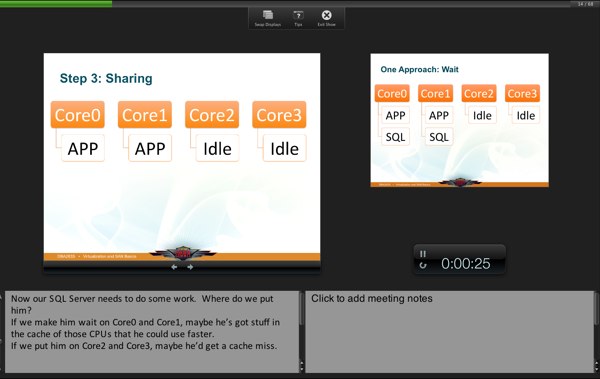 At the top, there’s a bar showing how far into your presentation you’re currently at – giving you an at-a-glance idea of whether you’re on track.  There’s buttons for Swap Displays (for easier dual-monitor setup), Tips (showing the keystroke shortcuts like B to black out the audience screen), and Exit Show.

On the left, “Step 3” is the current slide that the audience is seeing.

To the right, “One Approach: Wait” is the next slide that the audience will see.  This helps you build better segues.

At the bottom left, there’s my slide notes for the current slide.

Move your mouse to the bottom of the screen, and PowerPoint pops up thumbnails for your slides, giving you a quick way to jump around from slide to slide without the audience getting dizzy: 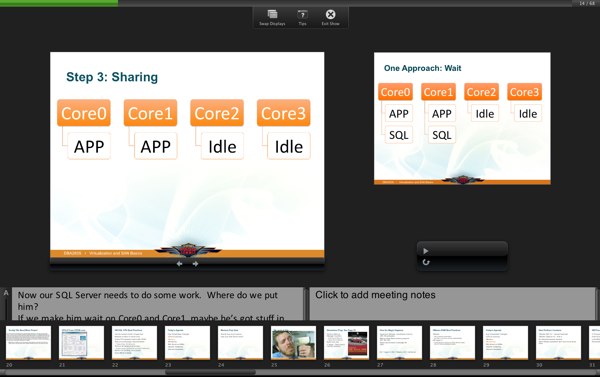 Slide Thumbnails at the Bottom

Even if Office 2011 doesn’t bring any other improvements, that’s enough for me.  This is the kind of tool that helps me be a better presenter.  YAY!