We asked the community for index fragmentation information for data mining purposes, and the results are in – and interesting. Over the next couple of weeks, I’ll talk about some of the results we found in the field.

What Is SQL Server Fragmentation?

SQL Server stores data in pages.  To make things easy, think of them as being literally pages of paper.  Let’s say you’re the database, and I’m going to give you data to store.  You’ve got a pile of blank paper and a pen, and your job is to keep track of the names of the customers I say out loud.

I want my imaginary table to be stored with a clustered key on Last Name, First Name.

I start talking, and I say things like this: 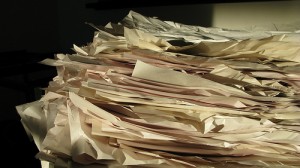 There’s a lot of database concepts here like fill factor and page splits, but the problem we’re focusing on here today is fragmentation: what happens when these pages of paper are scattered all over the place with varying amounts of free space on them.

It gets more complicated with wider tables, tables that store more data than just first and last name.  The wider they are, the more likely they are to have complicated indexes – so you’ve got lots of pieces of paper to manage, duplicate copies of your data.

After a couple of hours of me yelling out names, two things are going to happen. First, you’re going to quit, and second, I’m going to have to figure out how to clean up the mess to improve performance.

Does It Really Matter?

It turns out Microsoft says fragmentation matters – a lot.  They put out a whitepaper on SQL Server 2000 Index Defragmentation Best Practices, and it included performance statistics on the impact of fragmentation.  Here’s a quote:

Index fragmentation slowed their systems down between 13% to 460%.  Ouch.

How Do We Fix SQL Server Fragmentation?

The solution is to regularly defragment or rebuild our indexes. As with anything else in SQL Server, there’s three ways to do that: 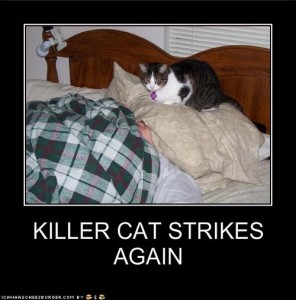 All of these solutions have their pros and cons – and sometimes, the best answer is to just not do defragmentation at all.

So How Many DBAs Defragment Their Databases?

Before we start, I’d start by saying these results were only gathered from volunteers willing to send in their data. My hunch, based off the DBAs I spoke with, is that results are probably worse than this survey appears. When DBAs emailed me their results, and I asked if they were currently doing any index defrag maintenance, they said things like:

So my guess, and this is just an unscientific guess, is that DBAs who aren’t doing index defragmentation were less likely to send in their index fragmentation statistics. Because of that, I won’t cover the percentages of who’s doing it and who’s not, because I don’t think it’s that accurate.

How Often Do They Defrag Indexes?

Answers were daily, weekly, monthly and not at all, which leads to the next question: how much of a difference does it make?  Let’s look at the average fragmentation percentages for all objects in the database:

It’s like a looking at the results of a developer writing SQL after three Red Bulls – it doesn’t make any sense, and you just want to wad it up and throw it away.

But that’s where data mining comes in.  If we start analyzing the data and including more attributes about what we’re analyzing, it turns out it all makes perfect sense.

Continue to Part 2: My Study on SQL Server Index Fragmentation

Want to learn more? We’ve got video training explaining it! In our free 90 minute video series How to Think Like the SQL Server Engine, you’ll learn: